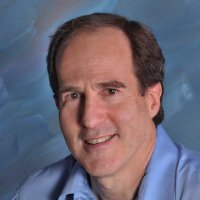 Freibrun has practiced in the technology and intellectual property law fields since 1985 and has been an attorney since 1983. Since 1992, he has represented numerous technology vendors and their customers through his own law firms, Marcus Steer & Freibrun and Law Offices of Eric S. Freibrun , Ltd.

Prior to 1992, he was one of the principal in-house intellectual property attorneys for Andersen Consulting (now Accenture) and Arthur Andersen for nearly 7 years in their Chicago headquarters. His responsibilities included advising on an entire range of intellectual property protection issues applicable to information technology development and the licensing and marketing of computer software and professional services. He also coordinated the firms’ worldwide trademark registration programs and reviewed and analyzed ad copy and marketing programs for the firms’ information technology and accounting businesses. In addition, Freibrun negotiated and drafted agreements for a variety of critical commercial transactions, acquisitions, distribution agreements, software/technology development and licensing arrangements, trademark consent agreements, consulting services contracts, employment, confidentiality and publishing agreements. He also assisted the Andersen Consulting Foundation software organization in cost allocation analysis relating to the development of computer aided systems engineering software.

Freibrun has written extensively on Internet, computer and intellectual property law topics and has over 37 published articles. He has authored a regular column in Visual Basic Tips & Tricks, has written regularly for Computer Currents magazine on computer and intellectual property law and has contributed to Crain’s Small Business, The Computer Register, Talking to the Boss, Alpha Developer’s Oracle, Newsware – Chicago Area Netware Networkers and Arthur Andersen Counsel to Counsel.

Freibrun received his J.D. in 1983 from Washington University School of Law in St. Louis, where he was a published member of the Washington University Law Quarterly Review and served as a clerk in the Missouri Court of Appeals. He graduated with a B.S. in 1980 from the University of Illinois at Urbana-Champaign and spent his final semester at the University of Lund, Lund, Sweden. Freibrun was admitted to practice before the Illinois Bar in November, 1983, and before the United States District Court for the Northern District of Illinois in December, 1983. Freibrun is currently or has at various times been a member of the Computer Law Association, the American Bar Association, the Chicago Bar Association (Computer Law Committee) and the Illinois State Bar Association.

Please contact us to request a brief, no-charge initial consultation.

“Eric has always provided excellent service. He is quick to analyze a legal problem and provide practical, business-oriented results in a timely and cost-effective manner. Highly recommend!”

U.S. Companies Selling Into Canada: It Will Soon be Easier to Protect Your Trademarks in Canada, Which Joins the Madrid Protocol Treaty in June, 2019

“America borders on the magnificent: Canada.” So said a very clever tourism ad campaign a few years ago about [...]

The Importance of Trademark Registration